The Vilar Performing Arts Center took on the most difficult year in its history, determined to fulfill its mission to the community and advocate for the performing arts. The venue came away an industry leader and was among the first to develop protocols and welcome an audience back through its doors. It was all made possible because of community support, from people like YOU.

VPAC
By the Numbers

*In 2020, the VPAC held multiple, smaller-capacity performances to align with Public Health initiatives.

Keeping
THE LIGHTS ON 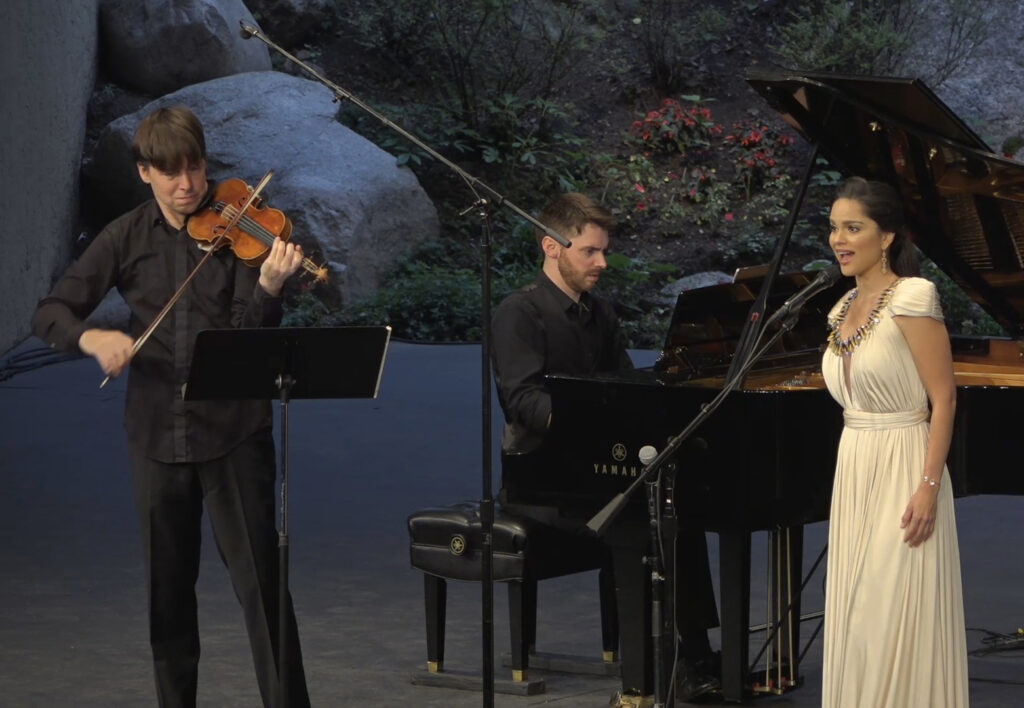 In an unusual year, an unusual treat: The VPAC presented Joshua Bell and Larisa Martinez, with Peter Dugan on piano, for a performance at the Ford Amphitheater that received global acclaim. Photo by Zach Mahone.

Ghost Lights Sessions were the first spark, but they have ignited a rebirth of the venue and a host of other activities, programs, and performances, including:

can feel like it moves faster than light. During a typical season an afternoon of STARS youth theater might be followed by a very swift transition to a complete Broadway touring show the following evening. When that run of shows is over, and the last freight truck rattles away under the moonlight at 2 a.m., another one is incoming, this time perhaps for a rock, blues, jazz, classical, magic, or comedy show.

This fast-paced action is also highly orchestrated. This combination – of speed and intricate planning – gives a season at the VPAC a kind of unstoppable inertia. In an industry whose core creed is, The Show Must Go On, it is hard to imagine that anything, anywhere, anytime, could force the brightness, light, and laughter of the VPAC to suddenly go dark and silent.

Or, more accurately, it almost did. In March of 2020 the VPAC was enjoying its highest-ever occupancy rate, welcoming an exceptionally diverse lineup of everything from comedy to bluegrass to blues and beyond. Among many other highlights of the early 2020 schedule: Lukas Nelson played to an exuberant, sold-out crowd on February 25, and YouthPower365’s Girl PowHER had an exceptionally successful fundraiser at the venue March 6.

When the Coronavirus pandemic forced shutdowns of all gatherings, the VPAC did what virtually every other performing arts venue in the world did: it followed Public Health mandates and closed down. But it also did something that very few were doing: on the same day it closed, it immediately began finding new ways to serve the community and keep audiences and artists, stagehands and crews, connected and secure during a time of uncertainty and confusion.

“Shuttering down would have been the easiest decision,” said Duncan Horner, Executive Director of the VPAC. “But that is not our purpose, and it also could have delayed our re-opening by years instead of months. We had to innovate, look at the performing arts differently than we had in years’ past.”

Meanwhile, onstage at the VPAC, it was not completely dark. One solitary ray of light shined down onto the empty stage. Like almost all other theaters, the VPAC always leaves behind a single, illuminated bulb above the stage known as a “ghost light,” which can be described two ways:

Take whichever meaning you wish, but within this little light the VPAC staff found inspiration, and so the Ghost Light Sessions were born. The Ghost Light became a symbol of hope, of re-opening, of finding one’s way even in those first early hours of darkness.

“The performing arts must endure,” Horner said. “These are the places we all come together, and connect, no matter the circumstances. We feel it’s important to keep those connections alive any way we can.”

Around the nation, virtually all venues of the VPAC’s caliber were still closed when The Runaway Grooms played the first Ghost Light Sessions virtual show May 7, 2020. The event raised the venue’s profile and ignited a spark for everyone in the VPAC community and beyond. The series began as a streaming-only Thursday night concert, but soon led to one of the very first in-person, physically-distanced concerts held anywhere in the country, on June 11.

Over the course of 15 shows and more than 100,000 online views, the series established the VPAC as a leader in how performing arts venues can successfully navigate the ongoing COVID-19 crisis.

Other improvements helped modernize the theater for a post-pandemic world, such as adding livestream capability, three new digital robotic cameras, and an LED house lighting retrofit.

This is the first concert I’ve played in front of people since COVID started. I’m grateful. For me it’s special in a lot of ways. I’ve done a couple of live streams but to do a live stream with an actual audience is so much more fun. It’s been a true honor to play for everyone.

It’s been so long since playing live music. It feels wild.”

It’s like having a huge box seat to yourself. Nobody is kicking your seat. You get to see and hear everything. This has been the highlight of the pandemic for us.

Live music is medicine and to be in a big room with a few people only feels that much more special. You feel everybody in the room. It’s more vivid.

Putting the VPAC
ON THE MAP 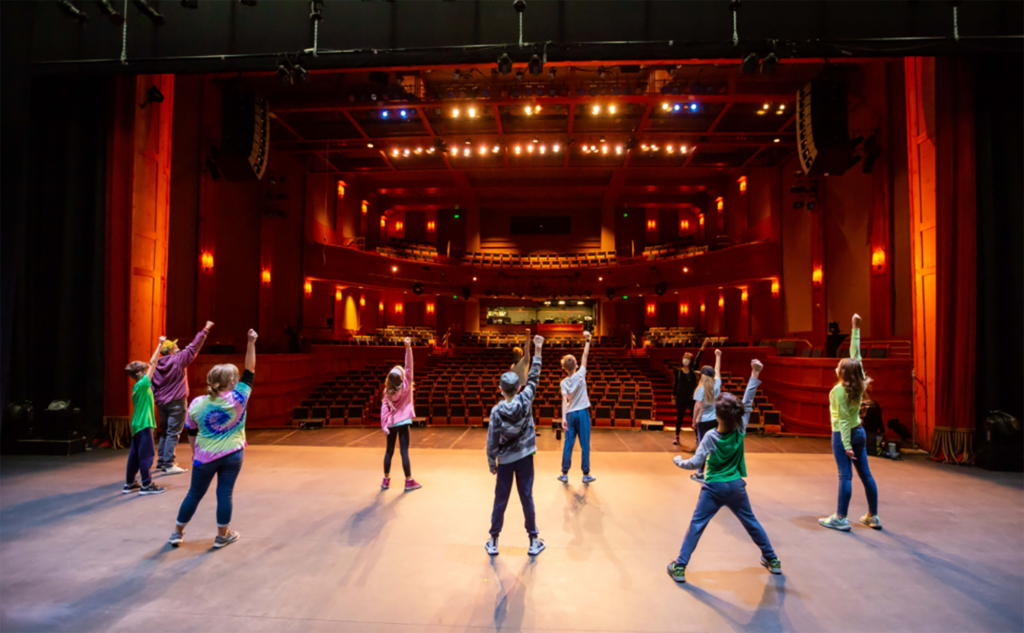 Programming and industry leadership have continued for the VPAC throughout the pandemic. Photo by Jon Resnick.

These enhancements allowed a series of streaming “watch parties,” where a limited number of guests can connect to performances, and enjoy a live Q&A, from select artists.

The VPAC, together with the Gerald R. Ford Amphitheater, also helped lead the way during the pandemic by taking action in weekly countywide steering committee meetings. The VPAC also played an integral role, regionally, with the Rocky Mountain Arts Consortium in coming up with standard operating procedures, tapping into new resources, and developing creative ideas to help our venues endure the pandemic with as little fallout as possible.

One other success from summertime is worthy of note: Joshua Bell and Larisa Martinez played a unique concert Aug. 14, 2020, their first concert together in person and their first individual performances since the pandemic struck, hosted by the VPAC but taking place at the Gerald R. Ford Amphitheater, along with Peter Dugan on piano. Again, the VPAC was innovative in its approach, bringing the show not only to a limited-capacity in-person audience, but also to a global livestream audience through the Veeps platform.

“The things we are doing are putting the venue on the map like never before,” Horner says. “This has been an opportunity for us to stand beyond the clutter and be noticed. More and more artists have wanted to perform here, and more and more people want to support what we have here, which is, we believe, something extraordinary.”

The VPAC has been finding new ways forward seemingly out of sheer will, creativity, innovation, and unbreakable spirit. All of it, from the ground up, has been made because of the generosity of the surrounding community. This support has ensured that the VPAC can continue to play its central role in the Vail Valley community, even as its reputation flourishes in national performing arts circles, for many years to come.

When things were at their darkest, the VPAC offered a shining light of hope.
Photos by John-Ryan Lockman, Barry Eckhaus. 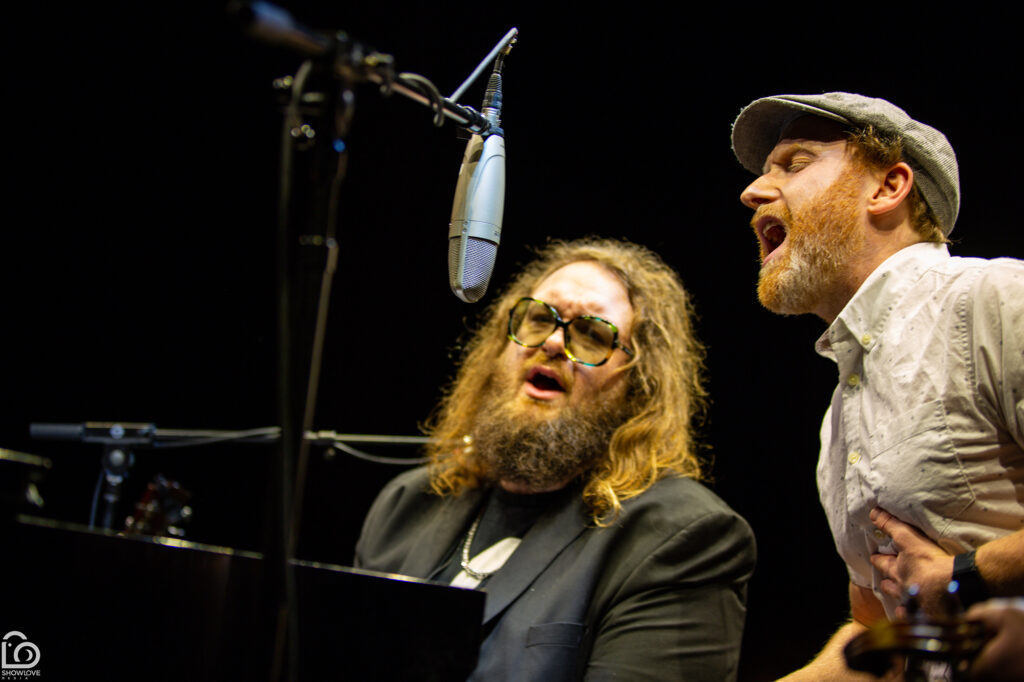 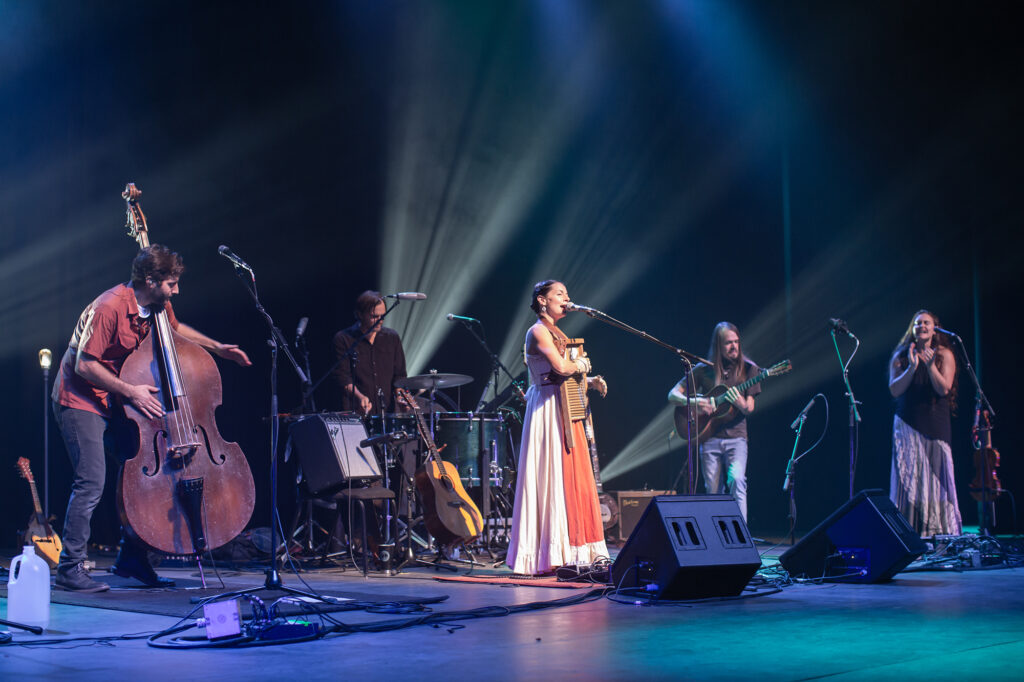 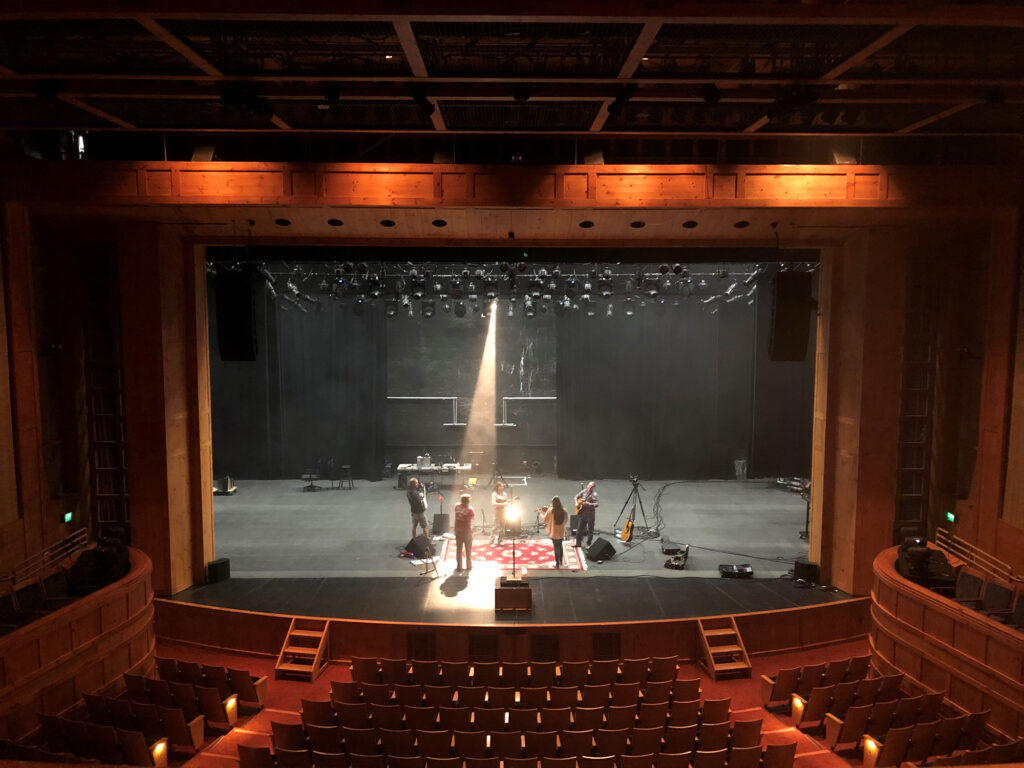 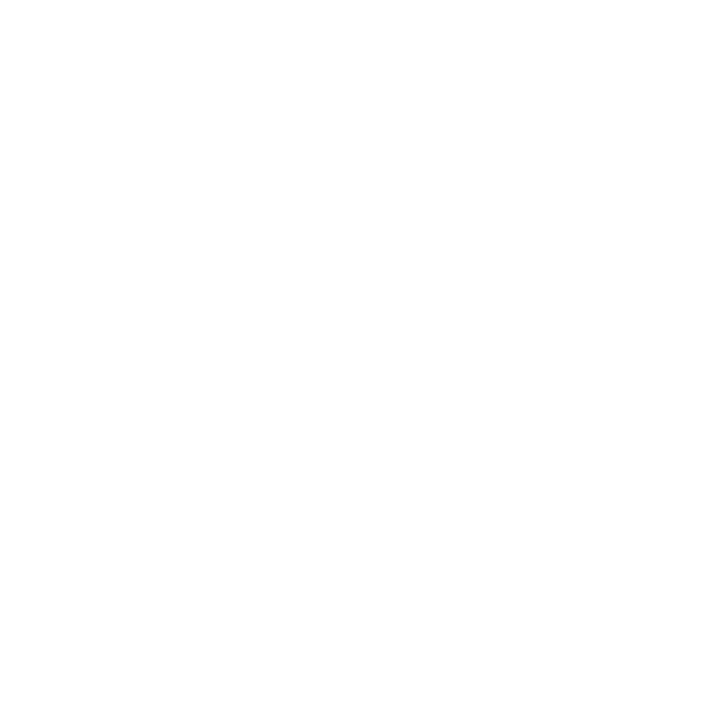