For her many contributions to this community and beyond, Sheika Gramshammer has been named the 2021 Vail Valley Citizen of the Year, one of the highest honors in the community, awarded since 1981 to a deserving citizen who has provided broad support, vision, and leadership to the betterment of the community. 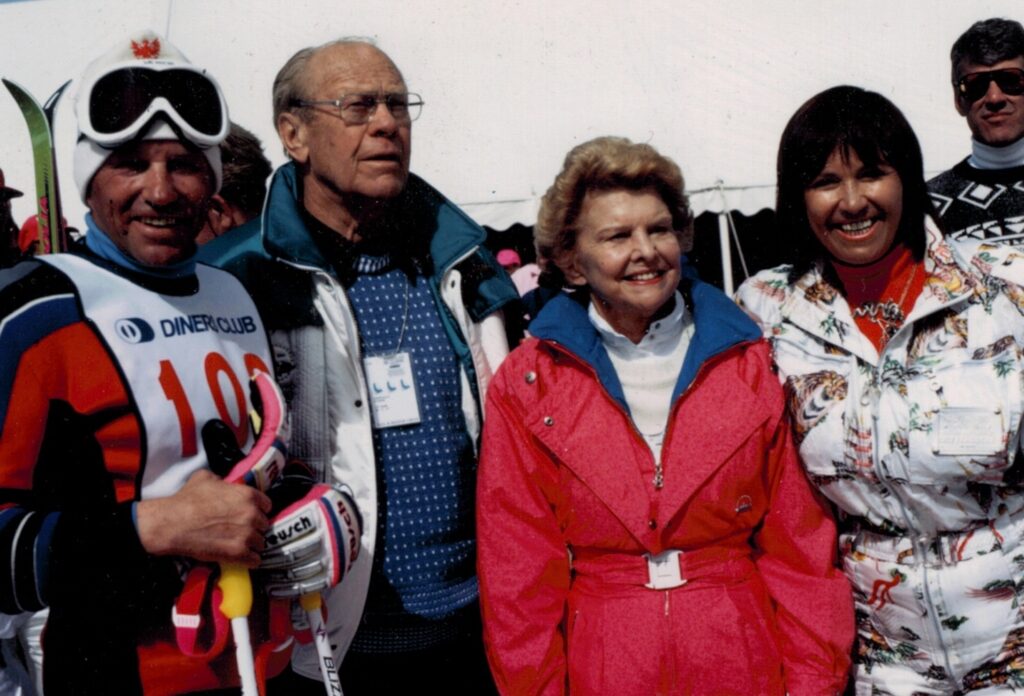 Vail Valley Citizen of the Year

Sheika Gramshammer (far right) has been named the 2021 Vail Valley Citizen of the Year. Sheika and her husband Pepi (far left) are pictured here with their good friends President and Mrs. Ford.

For her dynamic and selfless contributions to this community, Sheika Gramshammer has been named the 2021 Vail Valley Citizen of the Year, one of the highest honors in the community, awarded since 1981 to deserving citizens who have provided broad support, vision, and leadership to the betterment of the community and its many nonprofit organizations.

Gramshammer was a co-recipient of the award with her husband Pepi in 1989, the year that she and her husband helped play an instrumental role in bringing the first of three Alpine World Ski Championships to Vail and Beaver Creek. In 1989, however, Sheika was just getting started. Since then she has provided philanthropic vision and community spirit enough for two lifetimes.

“Sheika is likely the most recognized and beloved person in our community,” said Mike Imhof, President of the Vail Valley Foundation, which administers the Vail Valley Citizen of the Year award. “Since she first arrived in Vail in the 1960’s she has never stopped working to improve this community and the lives of those around her, whether that is bringing joy and a smile to their faces, or helping lift up the nonprofit organizations, and many international events, that make our community so unique.”

The award is typically celebrated at the annual Black Diamond Ball. This year’s Black Diamond Ball will be virtual and held on Feb. 11, 2021 and feature a toast to Sheika. Another celebratory event is being planned for summer 2021, with details to be determined.

The Black Diamond Ball itself is a continuation of Sheika’s “Crystal Ball,” which, from 1982-1998, raised more than $2 million for ski-related nonprofits and initiatives, including the U.S. Ski Team, Vail’s adaptive-skier program, Ski and Snowboard Club Vail, and the Vail Valley Foundation. As the event, and the valley, grew, the Crystal Ball became the Black Diamond Ball, the main fundraiser for the Vail Valley Foundation.

The Crystal Ball, and her work with Pepi to help secure Vail’s bid to host the Alpine World Ski Championships in 1989, 1999 and 2015, are only two aspects of Sheika’s uplifting contributions to the Vail Valley community. She has been a member of the Board of Directors for the Vail Valley Foundation since 2004, and has served on the Vail Dance Festival Committee since the event began. She was also an early supporter and continues to be a board member for the Betty Ford Alpine Gardens.

“One can find Sheika’s imprint on so many aspects of the Vail Dance Festival,” said Sarah Johnson, Senior Vice President of Philanthropy for the Vail Valley Foundation, which hosts the Vail Dance Festival each summer. “She became instant friends with so many of the international dancers, choreographers, and instructors who came here for the first year of the Festival, and I think she is a big reason why so many of them wanted to return again and again.”

Sheika has also been a generous contributor to Vail Health, a legacy that goes back to the 1960s. She organized a fundraiser at Big Horn to help the hospital purchase an infant incubator in 1968 for Vail’s growing population. She also helped raise money for a proper ambulance since, in Vail’s earliest days, a station wagon was being used for that purpose.

Sheika was the Gerald R. Ford Amphitheater’s first and biggest fan: she and Pepi supported the venue during its original construction. Sheika has been an avid patron ever since.

Take a stroll down Bridge Street today, and it may be difficult to picture what it looked like when Sheika Gramshammer first came to Vail from New York (by way of Aspen) in the early 1960s. Only a few new buildings dotted the unpaved edges of Bridge Street, and very few had heard of the nascent town and ski resort.

There was no certainty of success in 1964, when she and her new husband, Austrian ski racer Pepi Gramshammer, first opened the Gasthof Gramshammer. It would be many years before the resort would gain international fame as home to some of the best skiing, and most welcoming people, in the world; and the Gramshammer hotel, restaurant, and ski shop would become cornerstones of the Vail Village.

“On our first day open, we had Howard Head and Clay Freeman as guest. They helped us organize the furniture, and carry the mattresses up to the rooms,” Sheika said. “That’s how things were in early Vail.”

Small towns take on the personality of their people, and Sheika’s fun, outgoing, and ebullient personality is one of the reasons why the town gained early fame. Her name and her family have become synonymous with Vail Village and Bridge Street.

Her life and story have become the stuff of legend, filled with encounters with celebrities and heads of state, chronicled in books and newspaper articles in mountain communities from here to Austria, where she was born and lived her early life. She later worked as a model in Paris and immigrated to Las Vegas in 1959 as a performer.

She headed to Aspen to visit her friend Barbara, and to learn to ski.

Her show in Las Vegas featured the Rat Pack: Frank Sinatra, Dean Martin, Sammy Davis Jr., Joey Bishop, and Peter Lawford. Her show was part of the opening act, but was later moved back to Paris. Sheika wanted to stay in the U.S., so Sinatra signed her contract and Conrad Hilton signed her green card.

She landed work as a model in New York for some of the world’s most elite labels.

Once in Aspen, she met her late husband, Pepi, while he was training for a ski race there. He helped her navigate Ajax Mountain (she had never skied before) and the pair soon fell in love. Sheika once said of her late husband, “He was like Rocky Mountain water – clear, honest, beautiful.”

Together they opened the Gastof Gramshammer in 1964, but Pepi was still racing and on the road much of the time. Sheika said she knew very little about running a “house of guests,” but drove back and forth to business school in Denver to begin to learn.

Daughters Kira and Sheika were born and raised in Vail and are also currently involved in helping to run the family business. The property completed a significant remodel in 2016 that included expansion of the bar and renovation of the guest rooms. Their signature dining deck is one of Vail’s most iconic settings where the ambiance of the village comes alive year-round, especially in the summer when Sheika’s flower boxes are in full bloom, a tradition she began years ago that inspired the town and other businesses to take part. 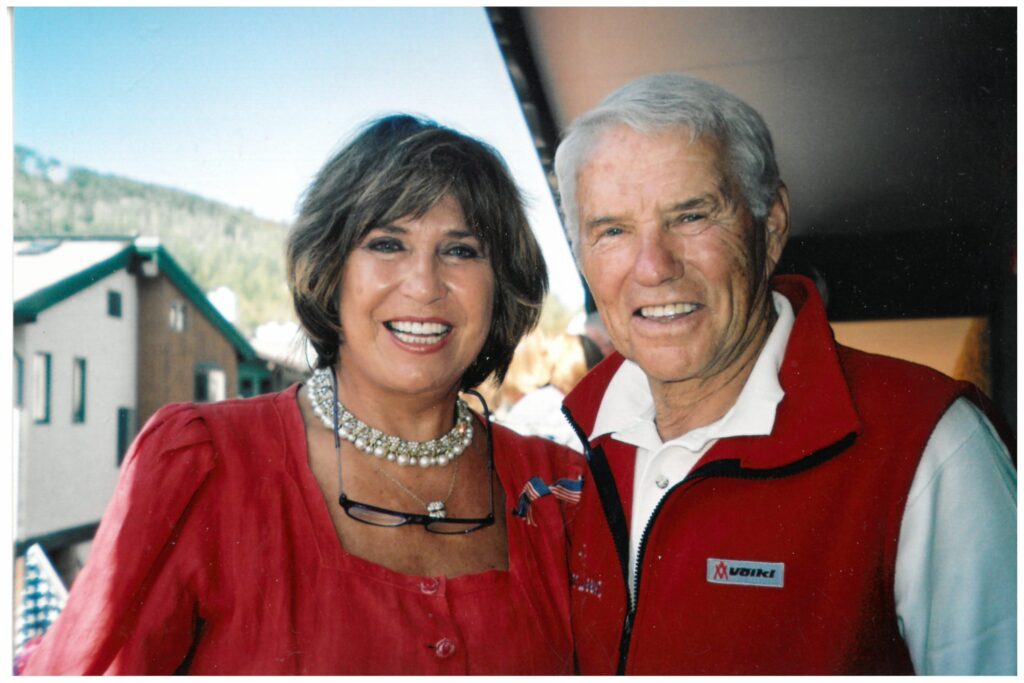 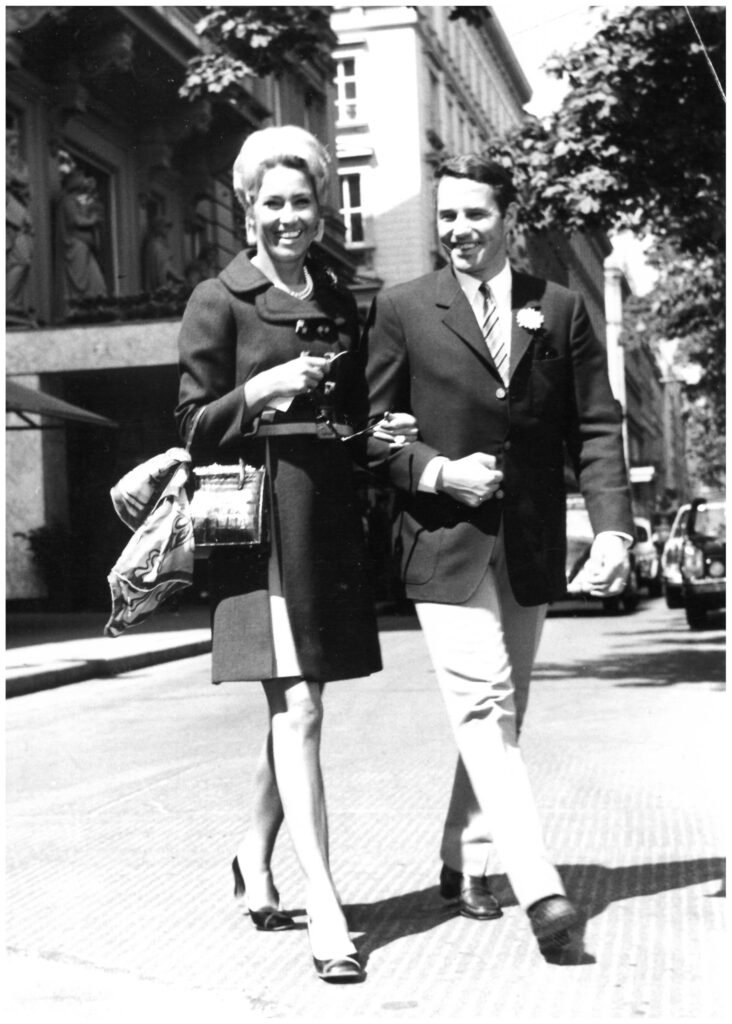 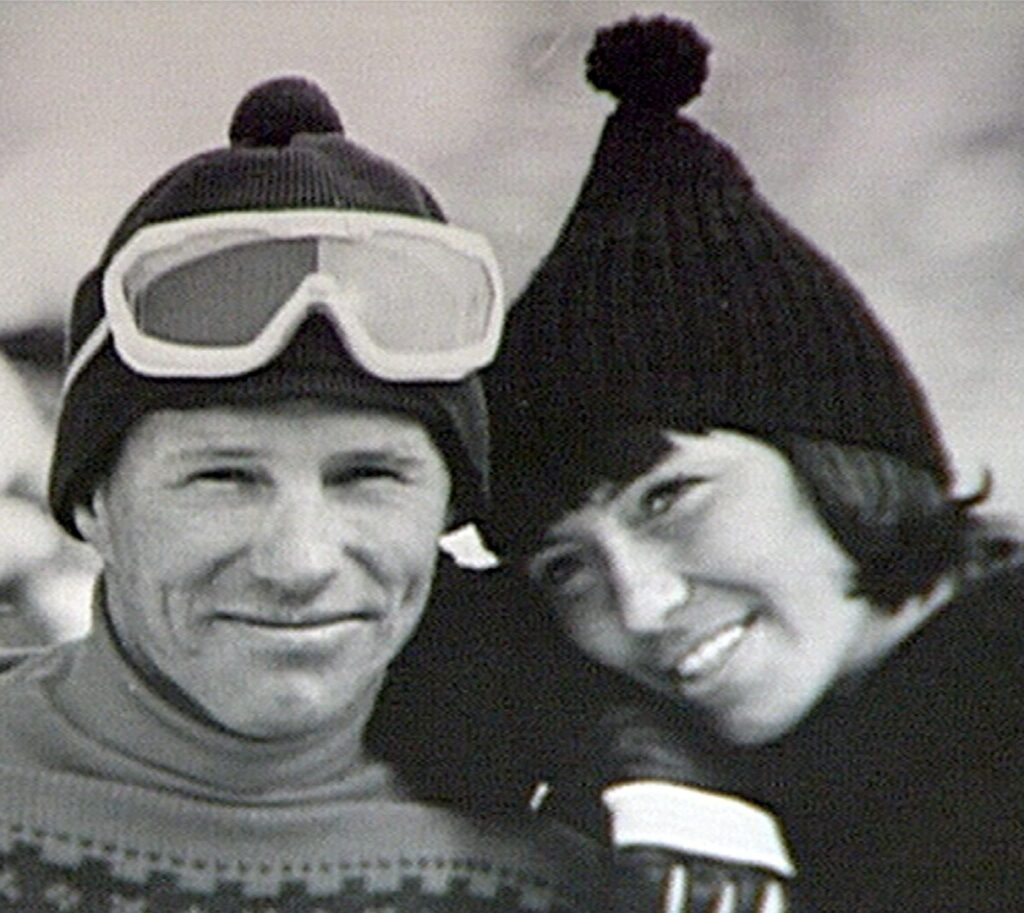 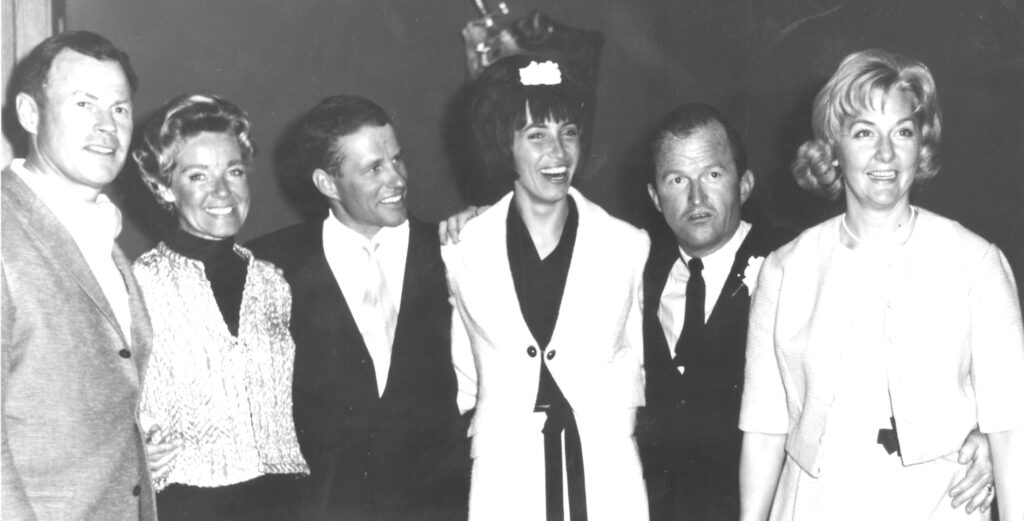 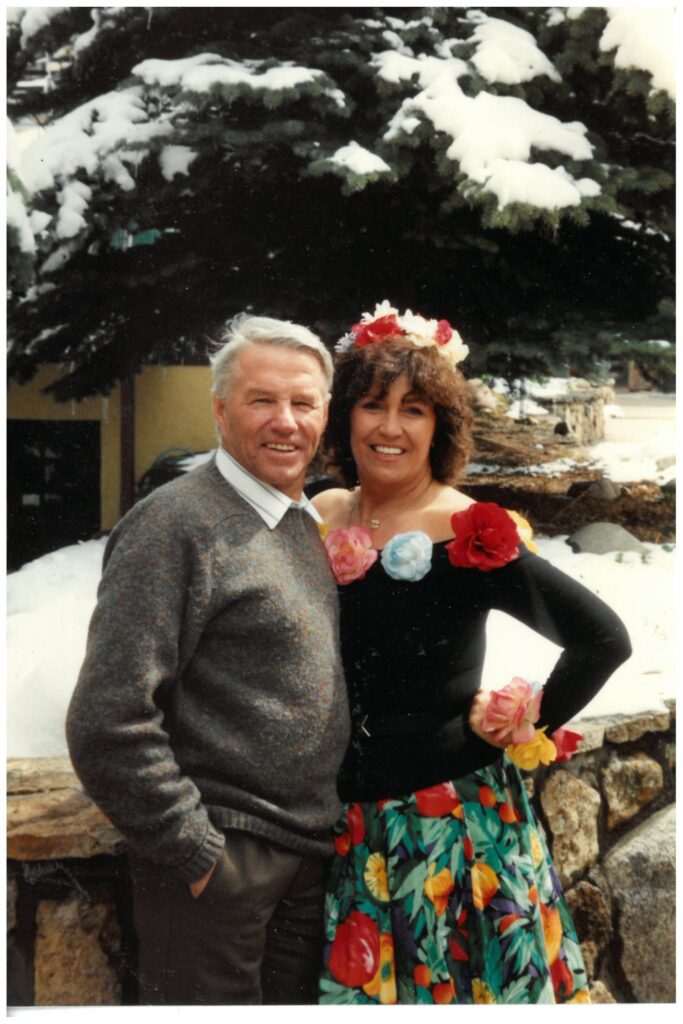 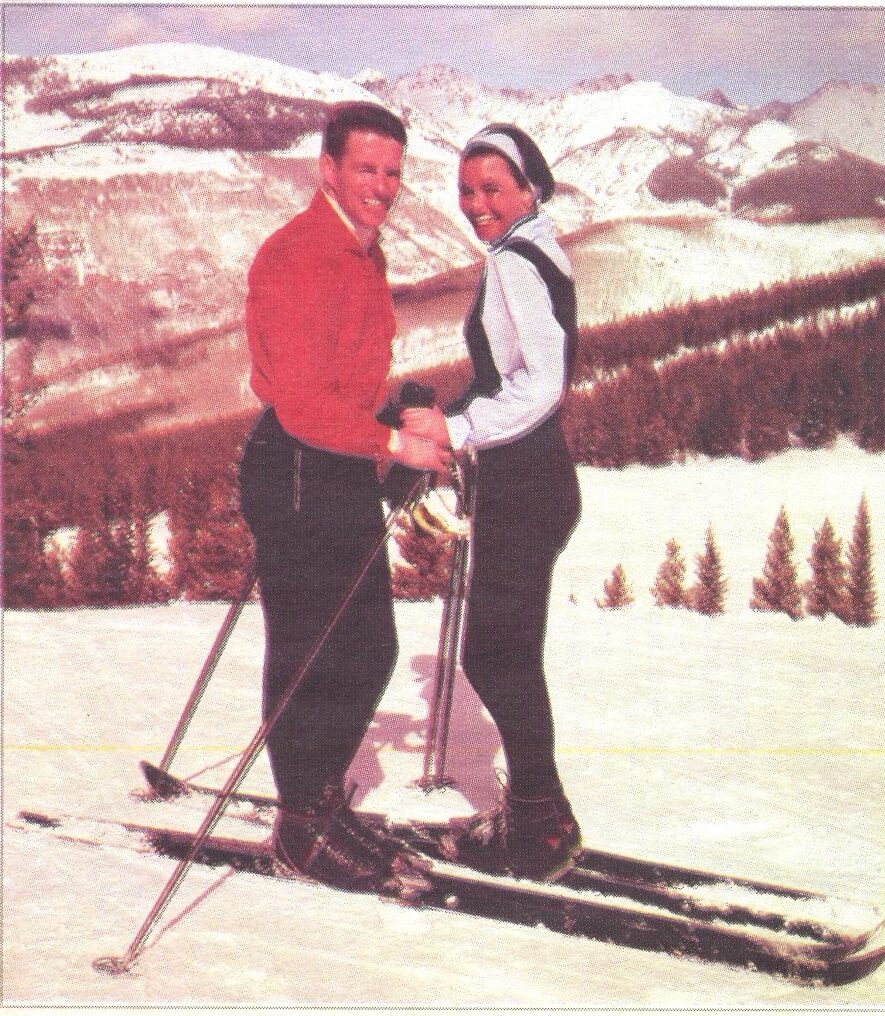 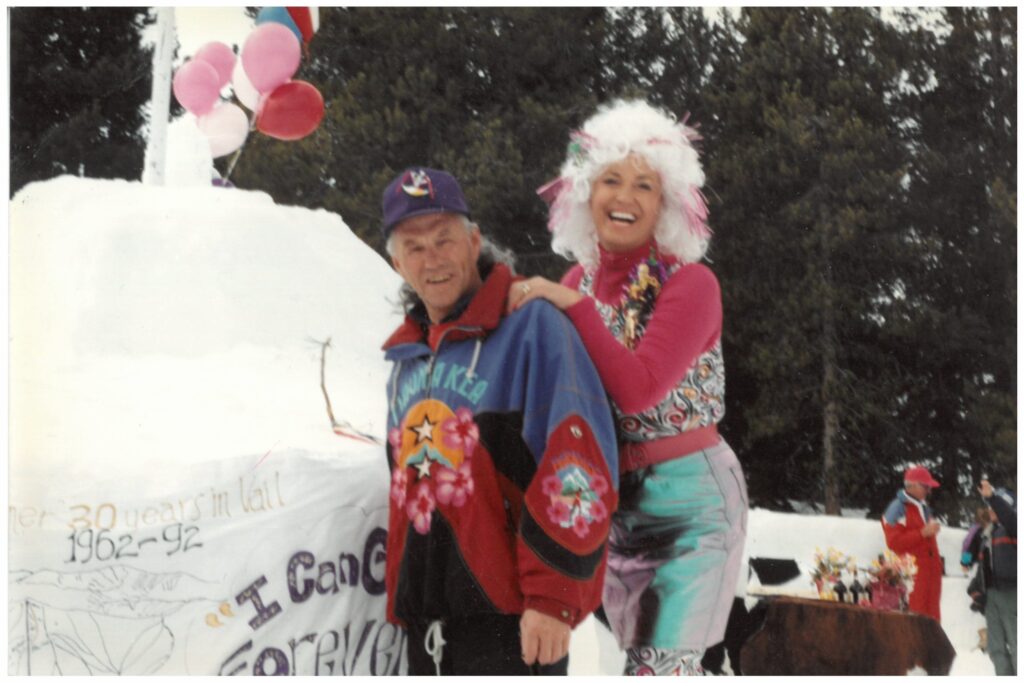 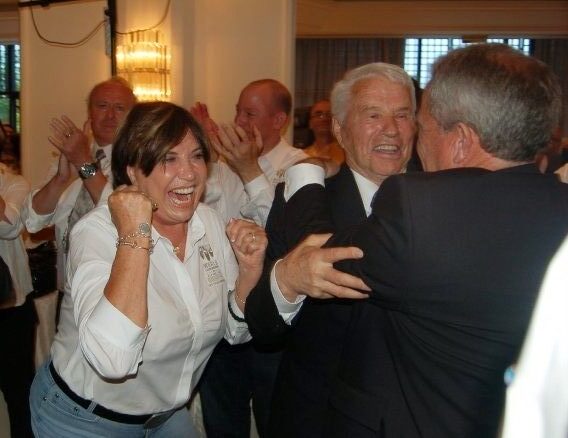 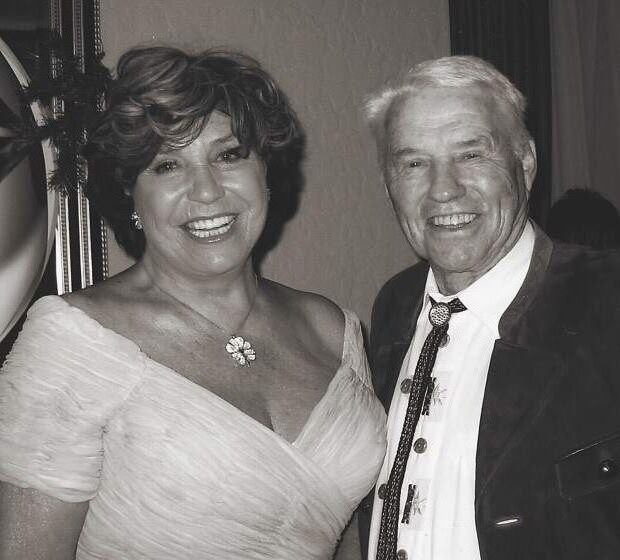 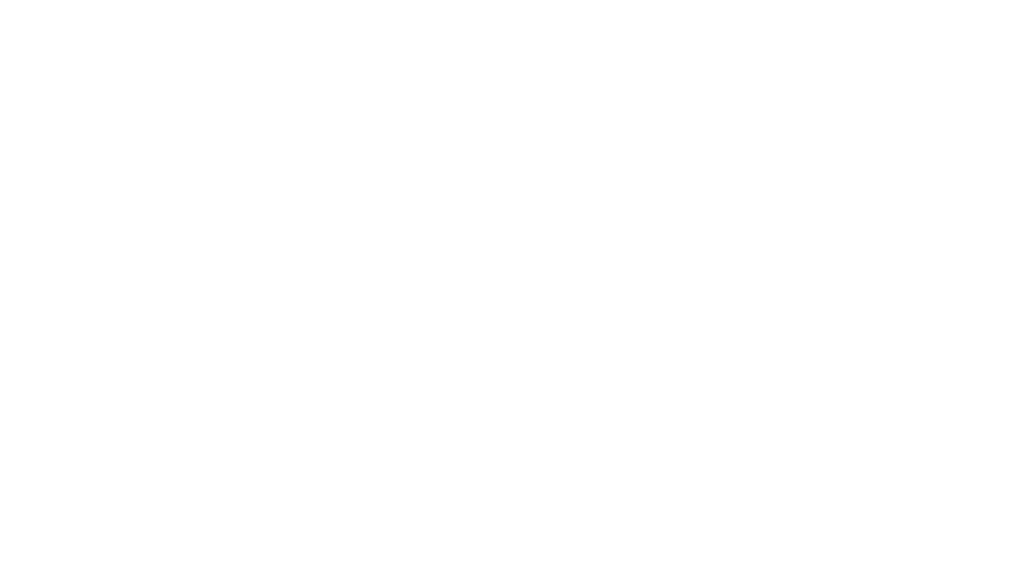